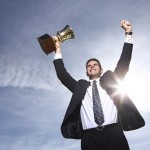 I was recently at the 50th anniversary of St. Francis High School in Calgary. They have started a wall of distinction and inducted several individuals who’ve gone on to do great things as graduates from the high school. There were over 1200 people in attendance at the party and I’m guessing many of them were reflecting on their own accomplishments since they graduated, many wondering if people have noticed their contributions within society. At work many of us look for recognition to get promoted or move ahead, which often brings more recognition.
In my work where I assist and encourage youth who are at risk of falling into gangs, this is the issue that most of them are looking for; being part of something to be recognized. Then there are those looking for their 15 minutes of fame at whatever cost in our reality TV society. There is a strong desire be noticed built within us as we worship our sports stars and movie stars. How do we balance this with humility, which is one of the virtues that we attempt to model for our children and our young?
At a recent men’s study they asked if anybody knew who Chester Arthur was. For most reading this article I could also ask who Charles Tupper was. In the study they compared Chester Arthur to Louis Martin. All these men lived at the same time. Both Chester Arthur and Charles Tupper would be considered very successful in the secular world. Yet today the vast majority of us do not know who they are. Chester Arthur was the 21st president of the United States and Charles Tupper was the seventh Prime Minister of Canada. Louis Martin lived a humble and quiet life in the North of France as a husband and father whose youngest daughter went on to be known as “The Little Flower” (St. Therese of Liseux) and a doctor of the Church, one of only 33 in history. While Chester Arthur was considered successful in his time, his identity and life have been forgotten by the vast majority. Louis Martin, on the other hand, whose life was spent in obscurity, has recently been elevated to the honorable position of blessed by the Church and will be remembered for all time. The ultimate example and role model for us is our patron St. Joseph who is not quoted as saying anything in the Bible. He is only mentioned a few times but each time he did what he was asked by God. Patronage to St. Joseph only began in the middle ages. It is not until recent history where he is been truly recognized by the church and named patron of the universal church in 1870.
So I challenge you men, as you continue your daily lives striving to do God’s will to be an example of faith and charity, working in humility that may go unnoticed within the world. It is noticed by God our Father who is the one that we strive to ultimately be noticed by. These are the words that we wish to hear at the end of our time. “His master said to him, ‘Well done, good and faithful servant; you have been faithful over a little, I will set you over much; enter into the joy of your master.’” Matt. 25